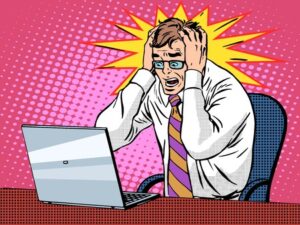 One of the features of the world-wide COVID-19 pandemic over the past eighteen months has been the significance of the role of data and associated predictive data modelling which have governed public policy. At the same time, we have inevitably seen the spread of misinformation (as in false or inaccurate information that is believed to be true) and disinformation (information that is known to be false but is nevertheless spread deliberately), stimulating an infodemic alongside the pandemic. The ability to distinguish between information that can be trusted and information which can’t is key to managing the pandemic, and failure to do so lies behind many of the surges and waves that we have witnessed and experienced. Distinguishing between information and mis/disinformation can be difficult to do. The problem is all too often fuelled by algorithmic amplification across social media and compounded by the frequent shortage of solid, reliable, comprehensive, and unambiguous data, and leads to expert opinions being couched in cautious terms, dependent on probabilities and degrees of freedom, and frustratingly short on firm, absolute outcomes. Archaeological data is clearly not in the same league as pandemic health data, but it still suffers from conclusions drawn on often weak, always incomplete data and is consequently open to challenge, misinformation, and disinformation.

In the midst of the pandemic last year, An Xiao Mina coined the term ‘midinformation’ to denote information that is neither misinformation or disinformation:

“We might define midinformation as informational ambiguity based on scant or conflicting evidence, often about emerging scientific knowledge” (Mina 2020).

“We know a little now, we’ll know more later, and we may never know everything ever. In other words, information stands in the middle, and we’re trying.” (Mina 2020)

Midinformation sounds very much like archaeological information (or vice versa): both rely on data that are ambiguous, limited, conflicting, emergent, accumulative, never complete. Midinformation captures the slipperiness of data, that there are always gaps, shortcomings, unknowns and missing data, but recognises that those data are in flux, continuously being added to, evolving, emerging. This recognition is particularly important in an environment when – in England at least – archaeology seems under threat from government policy which seems determined to cut university funding of the humanities and other non-STEM (science, technology, engineering and maths) subjects, and to weaken planning regulations, at the same time (or because of) recognising archaeology as a shortage profession. A profession that creates information that is imperfect, incomplete, and open to debate can have difficulty in demonstrating its significance and authority to politicians and others, and this contributes to issues surrounding the perceived lack of value and relevance of archaeology that lie behind the recent creation of the campaign Dig4Archaeology, for instance .

Some of the advice Mina offers surrounding midinformation is familiar to archaeologists, For example, she points to the importance of recognising that we are working in public yet don’t have a level of precision or even consensus that might be commonly expected, which has implications for how we present ourselves and our data. As she says,

“It’s important that we not let the inevitable confusion that arises from midinformation to in turn foster information nihilism.” (Mina 2020)

In archaeology, a combination of confusion and midinformation quickly becomes an opening for misuse and the generation of pseudo-theories. Secondly, Mina reminds us of the importance of bringing audiences along on the journey: something that is clearly sits behind the practice of public archaeology. But she also points to the technical implications and in particular the importance of flagging uncertain or incomplete information as such, rather than allowing it to be assumed to be fixed and perfect. Finally, Mina recommends that we embrace ambiguity, since it is what we have to work with:

“Somewhere between information nihilism and a blanket trust in unverified facts comes the harsh reality: we … have to accept and live with ambiguity …” (Mina 2020).

It’s always seemed to me that one of the attractions as well as challenges of archaeological data is its ambiguity, and the ways in which we seek to resolve or work with its limitations. As Mina says, “We don’t know yet, but check back in” is the closest thing to truth we have, and considering archaeological information as midinformation rather than just information is a useful reminder of the nature of the data we work with as well as a warning against taking it for granted.